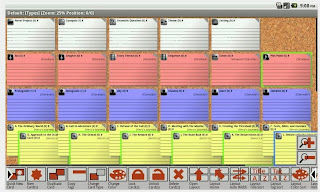 The app is 'Cardboard Index Cards' by Lean Self, and is available on the Google Play Store. They also do a 'Novels' version, but I'm unclear how it differs.
Posted by Quirky Tales at 09:18